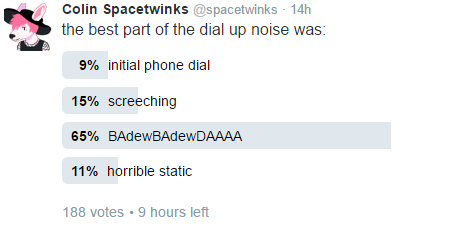 Can computer side of tumblr explain why it made this damn noise?

The short answer is, “that’s what binary data sounds like as audio”. And the audio existed because early modems were hooked up directly to the speaker for some reason, and this custom persisted even after it was no longer necessary. (Really old modems were actually just cradles that would pipe audio data directly into a phone handset.)

As for what the various parts of the shrieking were, I don’t really know.

Friend I have something for you: